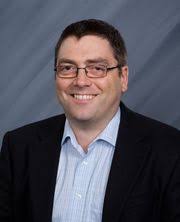 ​
This year MATEFL, in collaboration with HEINLE CENGAGE LEARNING,  once again brought over John Hughes the well known EFL personality and author. The seminar was held on Saturday 12th November 2011 at the Malta University Residence in Lija and was very well attended.

John Hughes is a teacher trainer and course book author. He has taught in Austria, Poland, Italy, Malta, and the UK. He has published a number of course books and resources materials. His books include Spotlight on FCE (2007) and Practical Grammar both published by Heinle. Currently, he is also involved in designing and delivering online teacher training courses.

First Session: How to help students with 'content rich' readings
The factors which affect our choice of reading texts for learners often seem to be in conflict. Teachers want texts which are authentic, challenging and content-rich but at the same time at a linguistic level which does not deter the learner. In addition, students will respond to texts which are current and reflect their interests. In this workshop we'll look at how to resolve these conflicts and try out some practical activities which help learners to confront extensive and cognitively-demanding readings.

Second session: Incomprehensible pronunciation made comprehensible
Pronunciation is often regarded as the ‘Cinderella’ of language teaching. It’s added on to a lesson if there’s time or avoided because the needs of a group of students can vary so greatly. In this workshop we’ll look at some of the issues behind this avoidance.  In particular, we’ll focus on receptive pronunciation as opposed to productive pronunciation. In other words, why we should spend more time on pronunciation as part of the listening rather than as part of speaking? The session will also include a number of practical ideas for teaching pronunciation so participants will need to bring fully functioning vocal tract