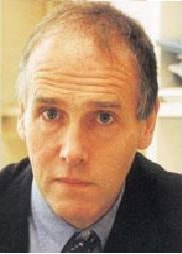 ​​This year's post season seminar/workshop was held on Saturday 22nd November at the University Residence in Lija and was led by popular EFL personality and author Tim Bowen. Tim is no stranger to Malta or MATEFL as this was the sixth seminar he has led for MATEFL, the first being in 1998.  The seminar was attended by over 100 members and attracted quite a few new members.
Tim Bowen has taught English and trained teachers in more than 20 countries, including Russia, China, Brazil, Germany, Hungary, Switzerland, Poland and Malta. He graduated in Slavonic languages at the University of Leeds, did a postgraduate Certificate in Education (TESL) at the University College of North Wales, Bangor, and has an MPhil in the field of TEFL from the University of Southampton. He is co-author of Inside Teaching (Macmillan), The Book of Pronunciation (Delta) and of the student portfolios for the Straightforward series (Macmillan) and author of teachers' editions for the Attitude, Expressions, Open Mind, Master Mind, Pulse, In Company and New Inspiration series (Macmillan) and Build Your Business Grammar (LTP). He has been a regular contributor to the Macmillan Onestopenglish site since its inception in 2001. His interests include contrastive linguistics, etymology and pronunciation. He is currently a free-lance teacher trainer, author and translator.
Tim is a popular speaker for MATEFL and his talks and workshops are much in demand around the world.  He is especially appreciated for his thoughtful insights, his erudition, his wry wit, and the fact that his talks are always engaging, interactive and have clear classroom relevance.

The seminar entitled "WHAT ON EARTH IS HAPPENING TO ENGLISH?" was in two parts.  The first part reviewed the sources of English words and expressions and looked at how the meaning of certain words has changed over time.  During the second part we looked at ways in which new words enter the English language and we also looked at some of the sources of new terms and expressions from anthropomorphic buses to verbose politicians.  We also examined some of the latest words and influences that cause changes in vocabulary use.